Located at the western end of Mongolia, the Altai is the highest, and most spectacular, of the country’s three main mountain ranges. Many of its summits are capped with perennial snow and surrounded by glaciers. Known as the Mongol Altai, these majestic mountains form one branch of the Altai-Sayan, which stands as a massive barrier, and unique ecosystem, between the steppes and deserts of Central Asia to the south and the great taiga forests of Siberia in the north.

An eastern spur of these striking highlands runs south towards the vast Gobi desert. Here, the summits of the Baatar Mountains rise above the desert areas to a height of 3,900m. The Altai region is rich in archaeological sites dating back to the Palaeolithic era. A cave complex near to the Baatar peaks shows evidence of human habitation dating back to 40,000 years ago. Elaborate graves of Scythian warriors and princesses are found throughout the area as are Bronze Age petroglyphs and standing stones know as deer stalae. Gold, copper and iron have been mined here since prehistoric times, but today the people are largely nomadic herders. 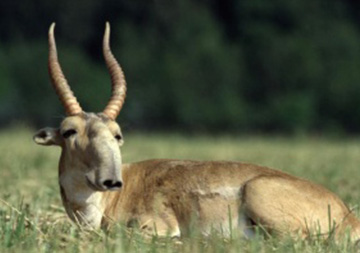 In this wild and diverse Altai live Argali sheep, ibex, Maral (large Siberian Elk like deer), brown bear, marmot, fox and wolf. There have also been sightings of the rare and endangered snow leopard and lynx. Snowcocks and golden eagles are seen from time to time. To the east of the Bataar Mountains is one of the few places where the snub-nosed Saiga antelope survive. Only a few thousand are believed to exist, but our expedition will seek to locate them.

Whilst in the Bataar Mountains area, we shall ride horses for 7-8 days and camp at various altitudes. The terrain is rugged and the temperatures will rise to 20 degrees centigrade but nights may be cold and at the higher altitudes, frost may occur. Our tasks will include archaeological surveys, botanical studies and zoological quests. We shall also give medical aid to the local communities, provide reading glasses and school books. Mongolian interpreters, scientists and a cook will accompany us. Our scientific studies will be made for the National University and be directed by Professor Terbish. At the end of the expedition we shall spend two days in the Hustain Park studying the Przewalski horses. This area is 110km west of Ulaan Baatar. Our team will be up to 21-strong and is planned to include doctors, a dentist, engineers, biologists and those interested in giving aid to communities. Everyone must be able to ride. 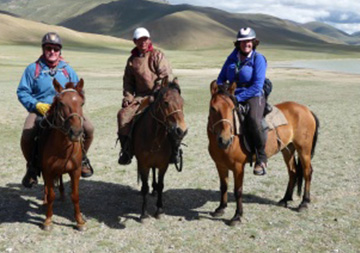 The expedition will start and end in Ulaan Baatar (UB) and there will be an opportunity to visit the shops and fascinating sites in this rapidly developing city. From UB, we shall fly for 3 hours, 1,400km, westward to the Altai city of Khord and then fly back to UB before our visit to the Hustain Park.

Places are already filling so anyone interested should seek further details from Colonel John Blashford-Snell, who will lead the expedition, by email This email address is being protected from spambots. You need JavaScript enabled to view it..

Special Note: SES Members and all other participants in this expedition do so at their own risk, and will not hold the SES, its trustees, employees, volunteers, partners or agents liable (whether in contract or in tort or in negligence or for breach of statutory duty or otherwise) for any loss, damage, personal injury delay or expense suffered or incurred on any such expedition. The SES endorses the aims and objectives of this expedition only.