The Scientific Exploration Society was founded in 1969 by Colonel John Blashford-Snell OBE and colleagues following the successful first navigation of the Ethiopian Blue Nile, in order to initiate a worldwide programme of scientific expeditions for the exploration of remote regions of the earth; focusing on scientific research, conservation, education and community aid projects, particularly in under-resourced environments. The Society is one of the longest running exploration organisations in the world, with an unrivalled record of initiating over 150 expeditions since it began, achieving many ‘world firsts’ in exploration, pioneering and testing specialist equipment in the field and developing leadership skills. 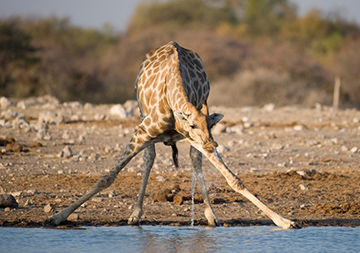 SES CHAMPIONED EXPEDITIONS
In 2017, the Society sought to recognise and support high quality, innovative and pioneering scientific exploration by developing a means of giving ‘non-financial support’ to those leading expeditions, which match the aims and objectives of the SES. This activity is called Championing and Aims and Objectives of an Expedition (SES Championed Expeditions).

The benefits of being a SES Championed Expedition include:

- a link to one of the oldest exploration organisations in the world;
- mentoring and support from a network of experienced explorers;
- opportunity to raise expedition profiles by giving talks to SES Members and Friends;
- features in the Scientific Explorer Annual Review (annual magazine for SES Members);
- promotion in the SES e-Newsletter and on the SES website and social media pages; and
- one year’s free SES Membership to a network of like-minded individuals.

The Society approved two expeditions this year to be SES Championed Expeditions:

Under the direction of the Society’s new Chairman, Neil Laughton, and his wish to return to the Society’s roots and reinforce the reason for its creation, 2018 will see the reintroduction of SES Expeditions. These Expeditions will be called SES Endorsed Expeditions and, like Championed Expeditions, will match the aims and objectives of the SES and receive the same benefits. They will be run by professional third-party expedition companies and will give the Society’s Members the opportunity to take part in an expedition that they would otherwise not be able to do.

This scientific expedition focuses on gathering information on the movement patterns, habitat use and foraging behaviour of the South African Giraffe in the remote Tugela River Valley in KwaZulu-Natal, South Africa. Participants will operate out of a rustic tented base camp and will be required to follow and observe herds of Giraffe on foot, collecting relevant data and samples in the field and collating their findings in our field laboratory. Information gathered from the expedition will be used to aid in the conservation of Giraffe in the immediate area and will be shared with the broader scientific community.

Rationale
In 1996, x20 Giraffe were reintroduced into a 100,000ha game preserve in central KwaZulu-Natal. Since then the protected biosphere area available to Giraffe has shrunk to 10,000ha while the Giraffe numbers have swollen to an estimated 150 individuals. There is concern that future increases in Giraffe numbers may have a negative impact on other plant and animal species in the area through direct and indirect competition and over-browsing. Furthermore, as intraspecific competition between Giraffe increases, individuals may be forced outside of the protected area and into unprotected areas where they may fall victim to poaching. The isolated nature of the study site, the rugged terrain and lack of road infrastructure calls for an outdoor field-based approach to research. It has therefore been recommended that a scientific expedition be launched aimed at gathering the information needed to make informed decisions with regards to the future conservation and management of this Giraffe population.

Aims and Objectives
- Create an identikit for Giraffe in the area for our own use and for local rangers. - Follow movement patterns and habitat use directly on foot and remotely using modern tracking techniques such as VHF and GPS telemetry. - Observe the dietary preferences of Giraffe, how this changes between seasons and possible competition for food with other species.
- Basic population dynamics: estimate population size, demographics and growth rates.

Methodology and Study Site
Only 30% of the study site is accessible by road and even then 4x4 vehicles are necessary. Most of the data collection will be done on foot and operating out of remote base camps. Participants will be led in the field by a Field Biologist who will oversee data collection. Data and samples will be collected according to accepted scientific methodology and sent off to laboratories for analysis where necessary. Zingela Safaris borders the Tugela River in central KwaZulu-Natal and forms the hub of the research project. From here, we will follow Giraffe herds as they navigate from one protected area to the next.

There are 20 places available for SES Members on this expedition. If you are interested in taking part, please contact Angus Wingfield at This email address is being protected from spambots. You need JavaScript enabled to view it..

SES Members participate in SES Endorsed Expeditions at their own risk, and will not hold the SES, its trustees, employees, volunteers, partners or agents liable (whether in contract or in tort or in negligence or for breach of statutory duty or otherwise) for any loss, damage, personal injury, delay or expense suffered or incurred on any such expedition. The SES endorses the aims and objectives of these expeditions only.