SES was deeply saddened to hear that John Edwards, who was SES's representative for India and did much to help the Society in the 1990s, passed away recently. Colonel John Blashford-Snell CBE shares some of his memories of John.

In 1975 the late Jim Edwards (brother of John) asked me if I could bring a white-water raft that we had pioneered on the Blue Nile and Congo rivers, to Nepal. The idea was to see if the Trisuli River from near Kathmandu to Chitwan National Park could be navigated and used to bring visitors to his famous Tiger Tops Lodge. Bringing a 15 feet Avon boat from the UK, I asked for helpers to crew this. John Edwards brought along two fearless Sherpas and an American friend, Vince Martinelli formed the crew. Not knowing the river, we experienced several capsizes. At one point, the two Sherpas left us. John chased after them to try to get them to stay with us. However, neither could swim and turning to John, they said, “Everest any time, but this is madness”. So that left Vince and John to continue with me. At one especially nasty rapid, I was hurled out of the boat and only saved by John catching my leg and pulling me out of the icy water! I owe him a lot for this! Coming ashore on Christmas Eve with only a packet of biscuits and a half bottle of Kukri rum between us, we were in no mood to celebrate! However, John called out in Nepali to some men high up on the sides of the gorge. To our surprise, a few hours later they turned up in our camp bearing pots of hot food. “They are shepherds”, said John, “so it seemed an appropriate time to ask them for help!”

In 1990, it was John who told me of a giant mammoth-like creature living in the Bardia reserve. “Rubbish”, I replied. “Mammoths no long exist.” “But there is some huge animal there” insisted John and persuaded me to investigate. This started the quest that found the largest elephant ever seen in Asia. Raja Gaj, measuring 11’3” at the shoulder, was enormous but although not a mammoth, proved to be a most unusual elephant that drew many visitors to Bardia. All thanks to John Edwards!

I once spent a delightful afternoon on the Karnali River with John, fishing for mahseer. I managed to land a small one but with great skill, John brought in a real whopper! Indeed, he was one of the most outstanding mahseer fishermen on the sub-continent – and good company to be with. 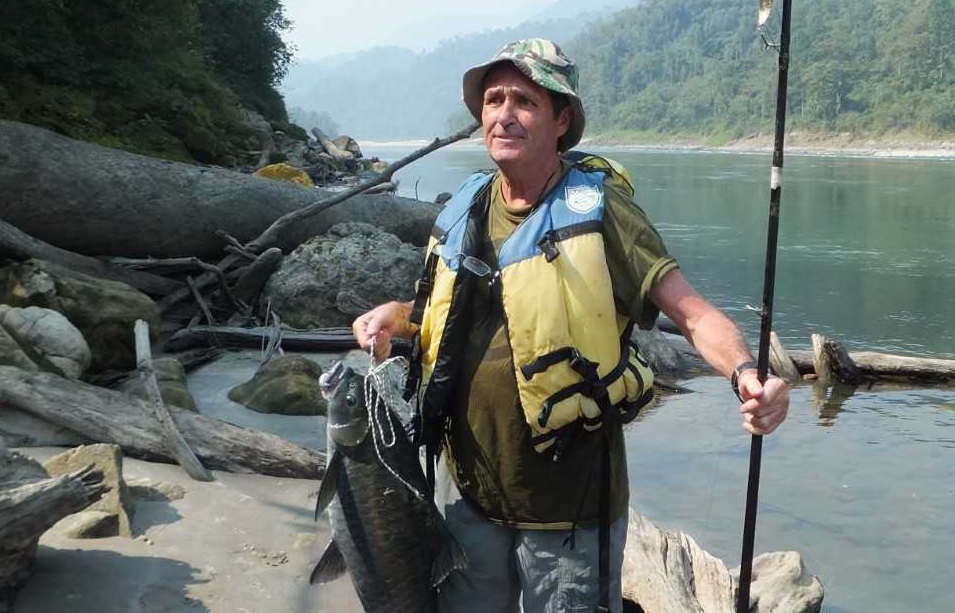 Scientific Exploration Society is deeply grateful to John for all he did to help the Society organise a number of most successful expeditions in India.