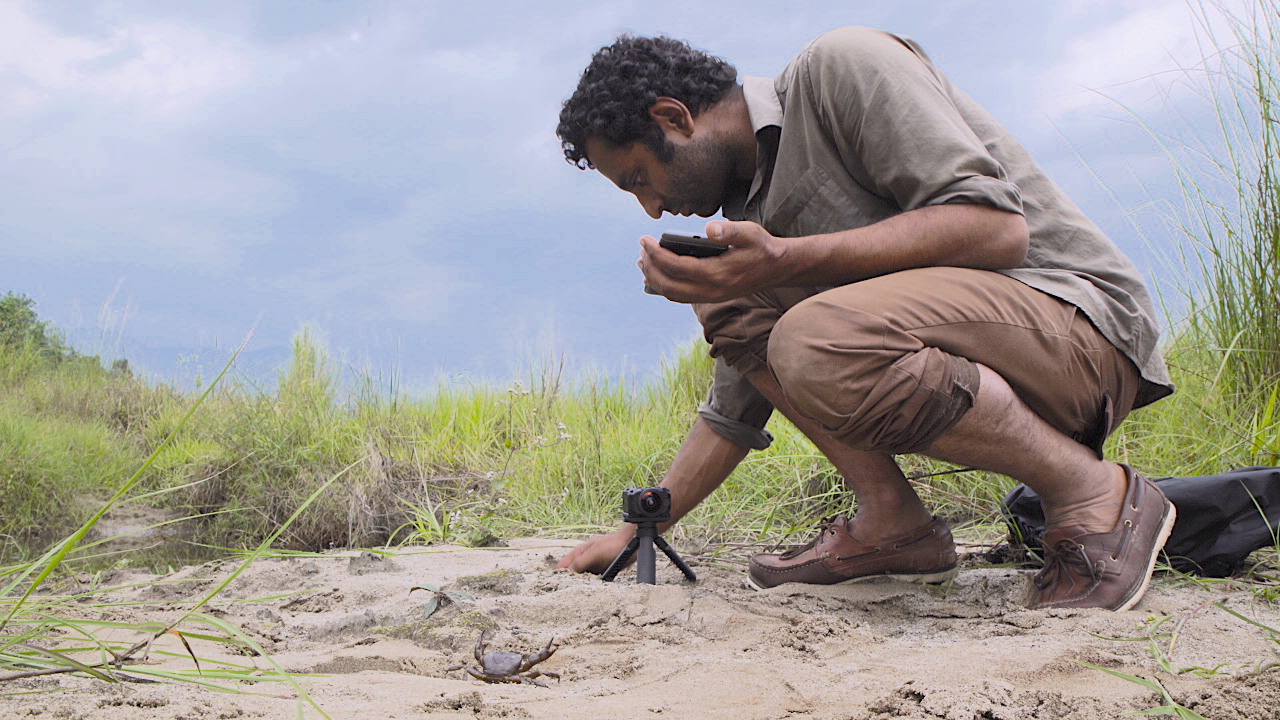 2019 Sir Charles Blois Explorer RAM ALLURI – THE ARUNACHAL STORY. Ram is a wildlife filmmaker from India. In 2018, he set out to develop and introduce virtual reality (VR) as a tool for nature education for the indigenous youth in the dense but increasingly threatened forests of the Himalayan state of Arunachal Pradesh. During the course of the 15 months he spent on the project, he developed an appreciation for VR and its potential for shaping conservation filmmaking in the country. Ram will return to Arunachal Pradesh this year and team up with local filmmakers, Chandan, Paro, and Shaleena, along with Dr. Velho, a field biologist, to begin a challenging and ambitious expedition into a biologically and culturally diverse land that traverses two biodiversity hotspots in search of stories with the aim of assisting conservation efforts. The expedition film will follow the team as they create a database of innovative VR experiences that tell undocumented stories of Arunachal’s rich biodiversity and indigenous narratives, in the hope of inspiring conservation action from people responsible for the protection of this region. 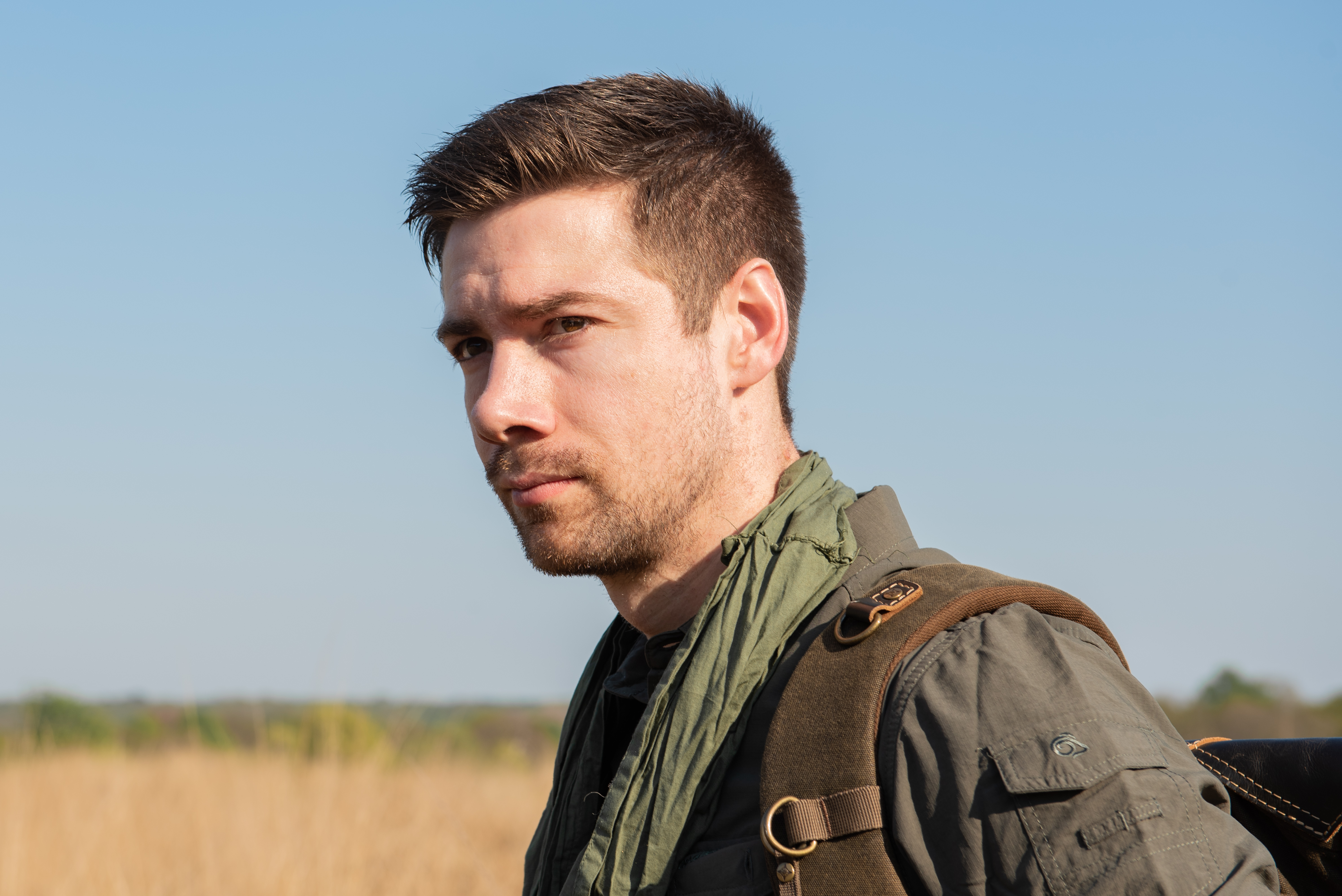 2019 Gough Explorer SCOTT PALLETT – RANGERS FIRST. Scott is a doctor who has spent the last few years delivering medicine to remote conflict areas. Having developed a focused interest in the clinical and socio-economic impact of neglected tropical diseases through an undergraduate degree at King’s College, he went on to acquire a medical degree from Barts and The London School of Medicine and Dentistry. Over the last few years, Scott has gained unique experience in tropical and jungle medicine whilst leading small teams in South East Asia and throughout East Africa. The project team is passionate about wildlife conservation and social justice, aiming to improve Park Ranger’s abilities by helping them tackle trauma and local endemic disease. Scott will be leading fellow team-mates Stephanie Wong, Dr Edward Rogers and Dr Kim Findlay-Cooper to assist counter-poaching efforts in Zambia. The project will see the delivery of the first of many bespoke combat medical response train-the-trainer courses for wildlife rangers facing an increasingly dangerous task, alongside improvement in local community medical capability through the implementation of rapid diagnostics. 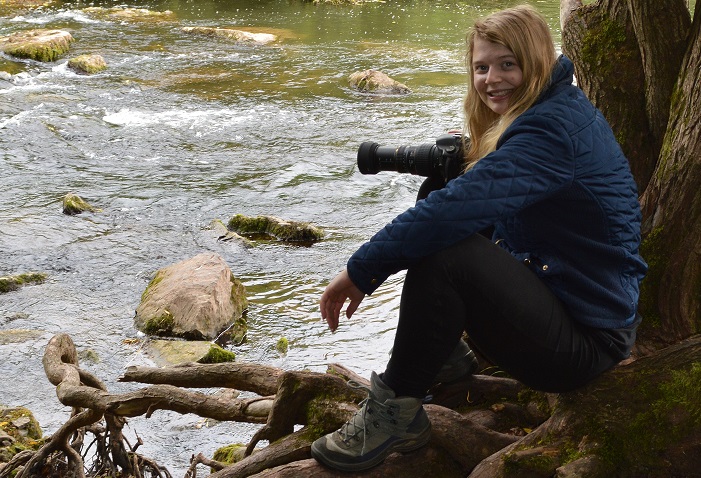 2019 Rivers Foundation Explorer CHARLOTTE AUSTWICK – VOICES OF THE MAYA. Charlotte is an archaeologist and anthropologist from South Wales. She has a BA in Classical Archaeology & Drama and a Masters in Social & Visual Anthropology from the University of Kent. Charlotte has a wide array of expertise and has recently graduated as a Screen Skill’s Film Camera Trainee. Whilst working for her Master’s Degree she lived and filmed with a Mopan and Qeqchi Maya community in order to research ‘What meaning the archaeological sites of Belize hold for the Maya people of today’. Her results identified key issues relating to a decline of their heritage. Now she is returning, with team mate Xilona Blanco to share her findings and work with the community in resolving some of these issues. Charlotte believes in strong community engagement and this interdisciplinary project will bring together all ages of the community, to record Maya history, life and culture in their native language. Their intention is to leave a lasting legacy for future generations by creating a series of reading books in Maya. Charlotte will also work with the community to learn more about previously ‘undiscovered’ archaeological sites. 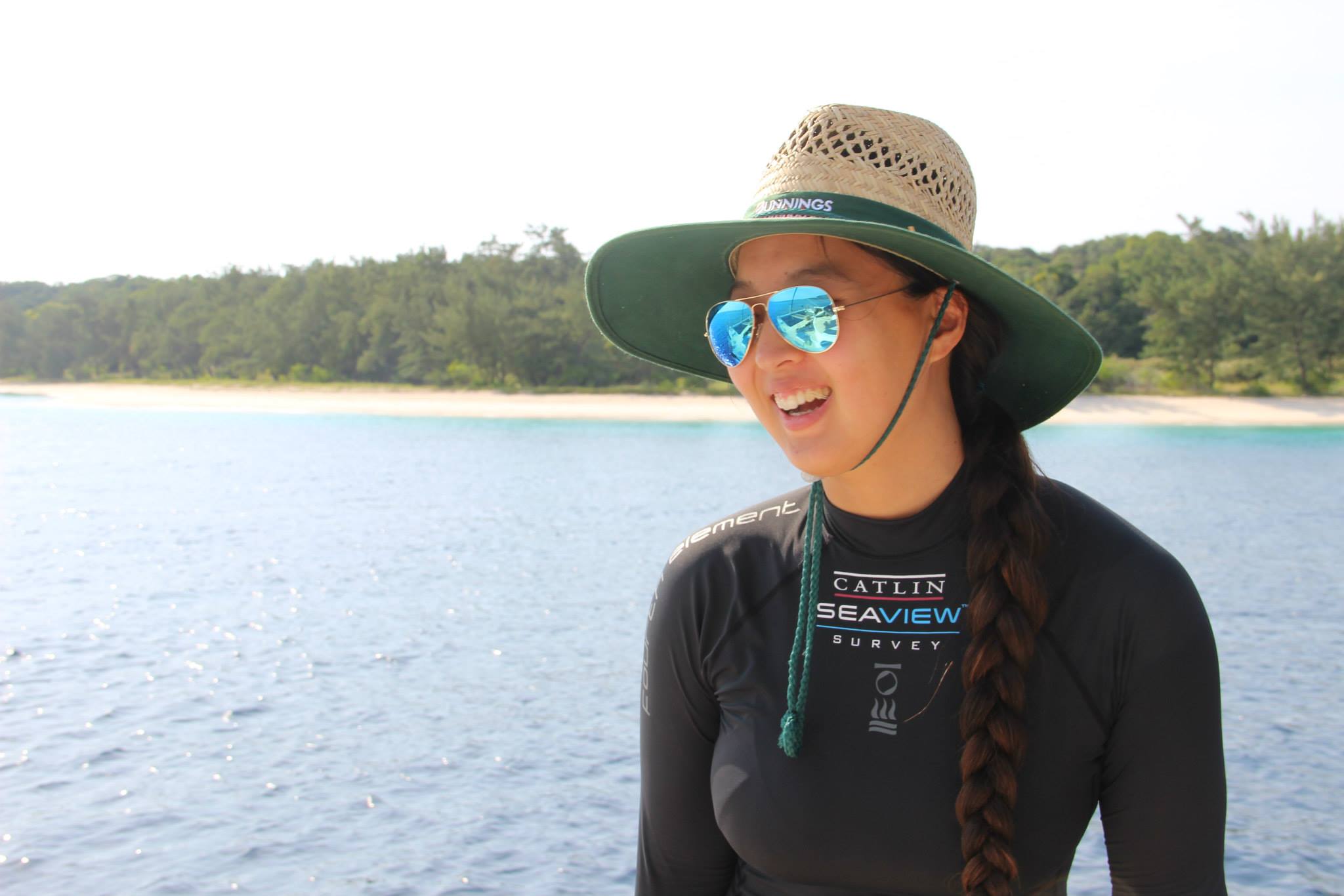 2019 Elodie Sandford Explorer CATHERINE KIM – TARA BANDU IN TIMOR LESTE. Catherine hails from the US state of Virginia. She is currently finishing her PhD in Coral Reef Ecology at the University of Queensland Australia. It was whilst carrying out fieldwork in Timor-Leste that she encountered Tara Bandu, or an indigenous customary law of resource management. In recent years Tara Bandu has been applied to marine resources such as coral reefs to create locally managed marine areas, which also serve as ecotourism zones generating income for the community. As an XL Catlin Oceans Scholar for her PhD, Catherine was a member of the field team that collected kilometres of coral reef imagery for outreach and scientific analysis in five countries: Timor-Leste, Indonesia, the Philippines, the Maldives, and Taiwan. Her PhD research in Timor-Leste involved collecting and analysing over 20,000 coral reef images, investigating coral reef crypto-faunal diversity, and conducting coral reef health surveys around the capital of Dili before and after the 2016 – 2017 global bleaching event. Catherine plans to utilize 360-degree imagery of coral reef and other marine environment in Timor-Leste and share them with local communities who rely on these resources and are working to protect them.

2019 SES Explorer JOSHUA POWELL – ENDANGERED ALASKAN SMALL MAMMALS. Joshua is a Conservation Biologist and National Geographic Explorer, and an International Fellow of The Explorers Club. Josh is the expedition leader for the Pribilof Islands Small Mammal Expedition to the Pribilof Islands, in the Bering Sea, which aims to study – and inspire interest in – lesser known endangered species. As a Conservation Biologist, Josh leads ‘Rangers Without Borders’, a multidisciplinary research program on the work of wildlife rangers, including ranger livelihoods, ranger skills and anti-poaching capability, and opportunities for trans-boundary cooperation. Josh holds a Masters’ degree from the University of Pennsylvania, as a Thouron Scholar, and has just received a place to study for a doctorate at the University of Oxford, in the UK. Josh also currently serves as a Policy Advisor on environmental policy and was a 2017 Churchill Fellow to the South Pacific and South Atlantic on island conservation policy and practice. Josh is one of the faces of WWF’s #WWFVoices campaign on global biodiversity. 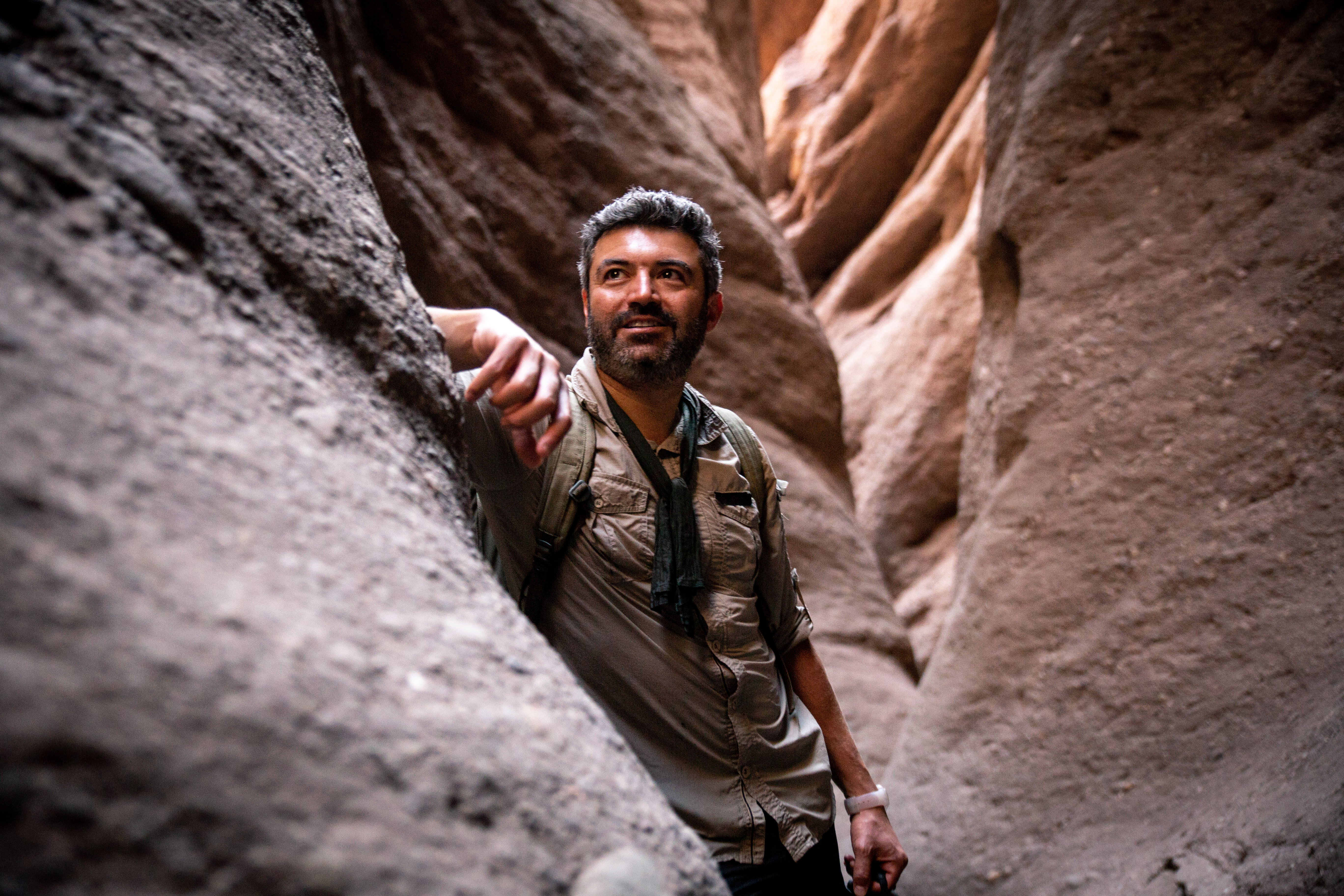 2019 Neville Shulman Explorer REZA PAKRAVAN – THE GREAT GREEN WALL. Reza is an explorer and filmmaker from London, who has dedicated the last few years of his career to documenting the impact of environmental issues on indigenous people. While filming the tribes of Lake Chad last year, Reza came across the reality of the life-and-death consequences that climate change has wrought upon the Sahelian region in the south of the Sahara, where desertification has contributed to the greatest internal migration ever witnessed on this planet. But he found hope there too. The people of the Sahel have come together to grow an 8,000km Great Green Wall made-up of thousands of trees to stop desertification and to bring life back to the Sahel. Reza is returning to the Sahel to document how this pan-African ambition is improving Africa’s degraded landscapes, providing food security, jobs and a reason to stay for the millions who live along its path. By involving organisations including the UN, Kew Gardens and various governmental agencies in various countries, Reza is aiming to increase our understanding of the most neglected region on earth, and to document the battle of man against our most urgent threat: climate change.