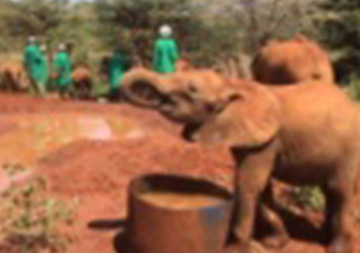 Encouraging elephants to use the special corridor and underpasses beneath the main roads can prove a hazardous task. In recent days two tuskers have short circuited the electric fence and climbed over the 5 foot high wires to feed on local farmers crops.

Our Mount Kenya Trust rangers succeeded in getting one back into the corridor but a well known rouge, named Meru, is still loose in the farm land. He charged one ranger who ran and fell over in front of the huge animal, but managed to scramble up and escape with a few cuts and bruises.

Our Horse Team, led by Jerseyman David Langlois, has now returned after patrolling the wildlife reserves up to 11,500 feet on Mount Kenya. Traveling by horse and on foot, they found the nights extremely cold and water supplies froze. One night, a prowling leopard caused the horses to escape but they were recaptured. Zebra, eland, duiker, mongoose and eagles were sited on the higher slopes. Stunning geological formations and tall Lobelia were also encountered. Dr Helen Pickup used an oxymeter to check oxygen levels and found they decreased noticeably with the altitude. New patrol routes campsites and water resources were surveyed and evidence was found of temporary shelters, possibly built by poachers. 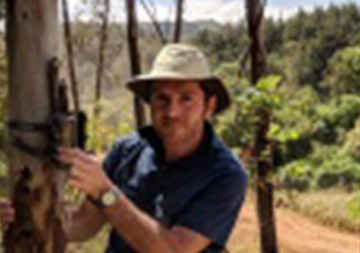 Dr João Branco and Lt Col Dr Kam Khan have carried out several difficult tooth extractions from over 40 patients at Gundua Clinic. Over 100 pairs of reading glasses have been distributed by Sue Downham and Sarah Cohen.

Camera traps deployed in the elephant corridor have successfully filmed elephant, wild dogs, porcupine, water buck and wild pig. The positioning of the camera traps has been carried out with great care by Tom Batty, Roberto Lora and Tom Rich.

Most our tasks with the Mount Kenya Trust have only been possible thanks to the valuable assistance of their rangers. These outstanding men devote their lives to protecting wildlife.

Now we move on to El Karama lodge, Laikipia for our next project. Ends 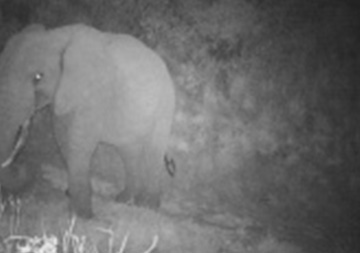