In July 2022, the sailing yacht ‘Danú of Galway’ will depart from Galway for East Greenland, with the aim of exploring Scoresby Sound, the biggest fjord system in the world. The team will comprise a small group of independent adventurers with a desire to sail to and climb in this remote landscape. On the way, they will monitor seawater for microplastics as part of a scientific collaboration with the Trinity College Dublin’s Centre for the Environment. They will continue to monitor both salt and fresh water sources throughout the expedition, sailing to Renland, circumnavigating Milne Land deep within the Sound. This data will be used in improving global knowledge of microplastics in Arctic waters. Furthermore, the team will carry out a cetacean reporting study and perform accurate surveys of all anchorages visited. 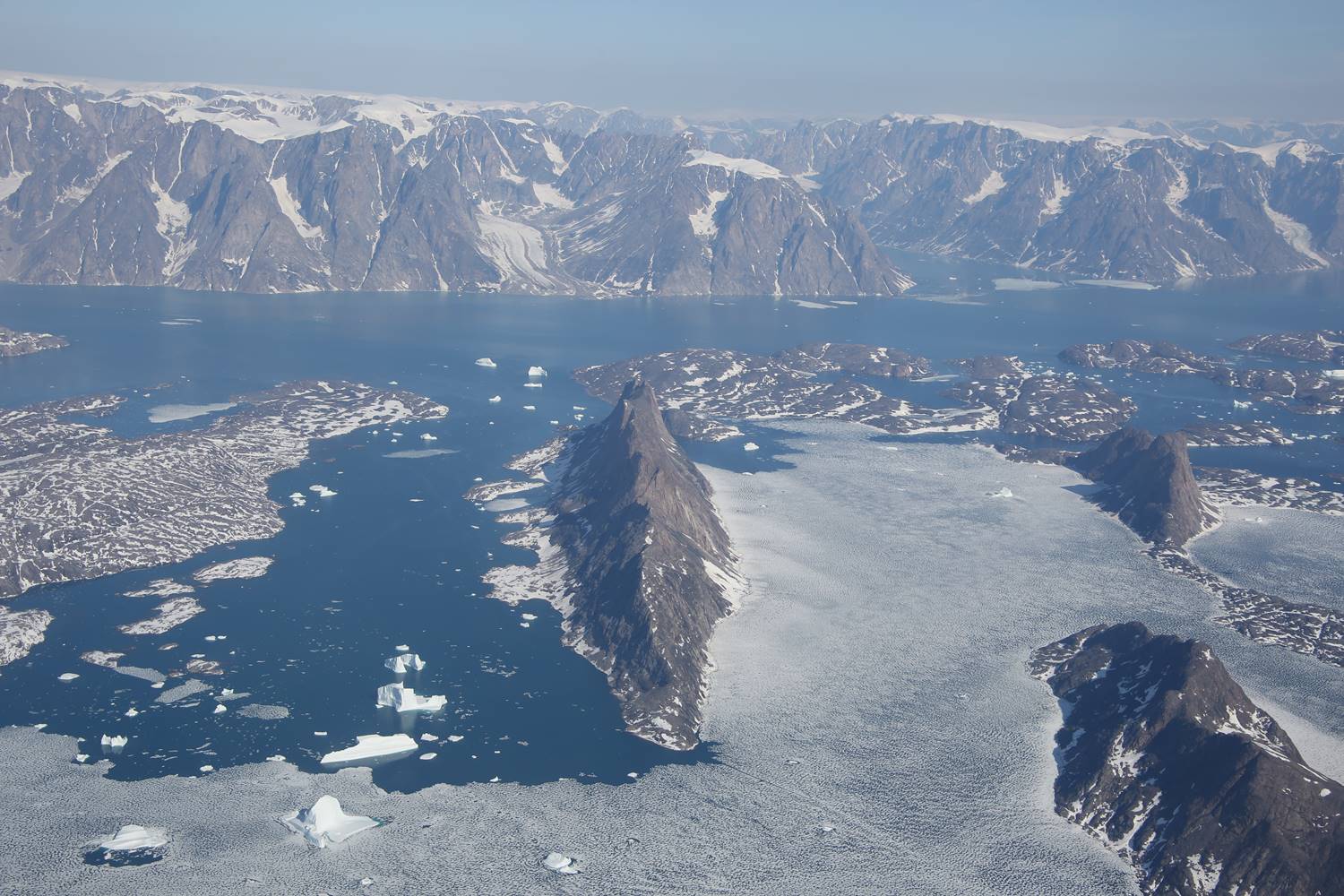 Peter Owens, the expedition leader, is a mountaineer and sailor with many years of experience in both environments. He has put together a strong team that aims to be self-sufficient in Arctic terrain, with a strict policy of ‘leave no trace’. A number of exploratory mountaineering objectives have been chosen on Milne Land and Renland, within reach of the coast, using the yacht as a floating base. You can find out more about Peter on LinkedIn. 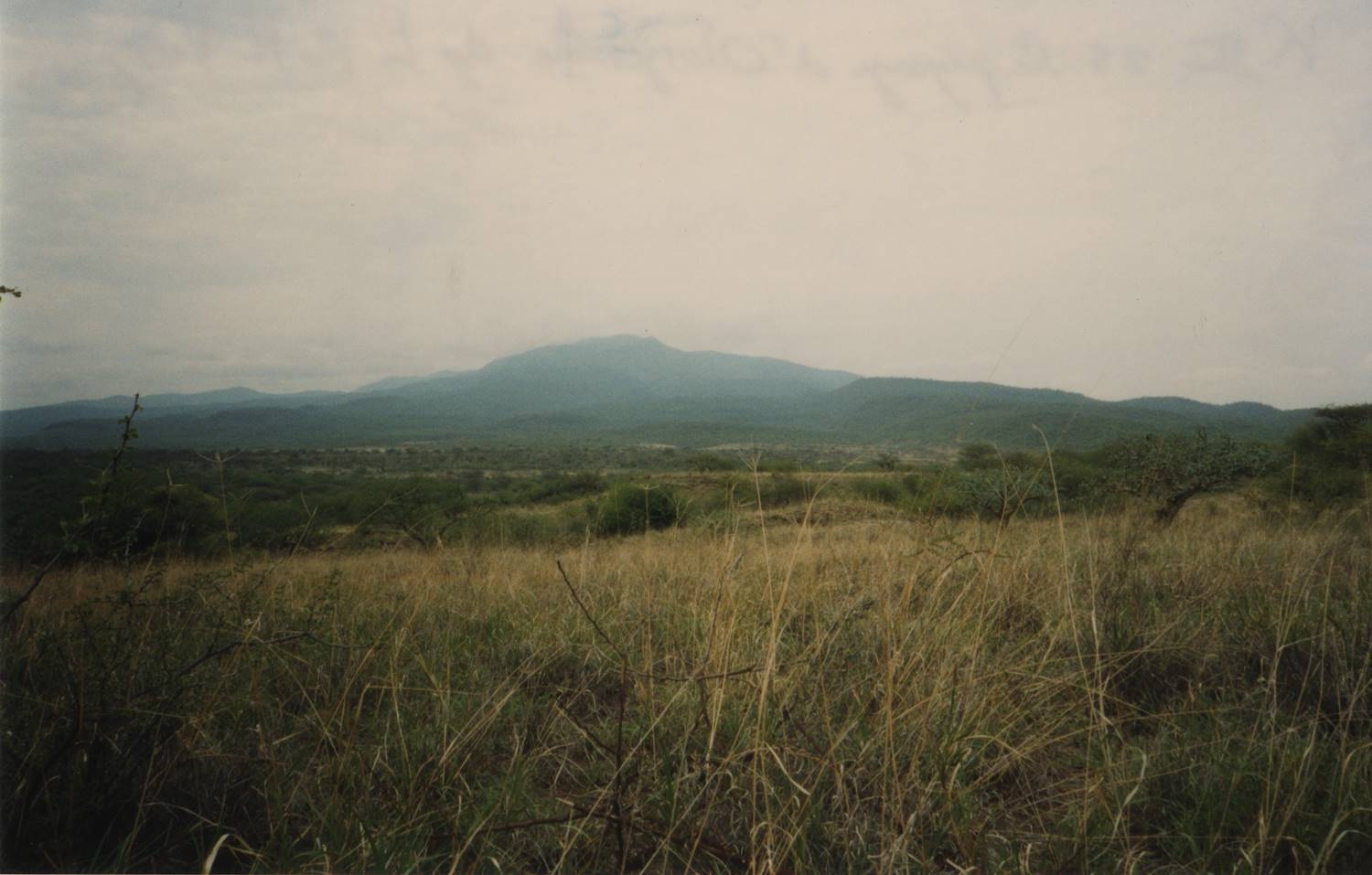 With a PhD in Dry Land Resources Management, Phillista has worked in the field of conservation for the past 15 years at the National Museums of Kenya. Her overall assignment is to develop and implement plans for Bird Research and Conservation Projects. She takes up roles in environmental consultancy and scientific advisory for development projects including green energy and related infrastructure, where she is involved in biodiversity assessment and auditing.

Phillista possesses vast experience in project management with great expertise in employing incentive-based mechanisms to promote biodiversity conservation, experimental field research, coordination of field surveys, data collection, and scientific report writing. She is a highly trained team leader with excellent skills obtained from her training with Homeward Bound (HB), a global leadership program for women in STEM. This is a globally diverse leadership network of 10,000 STEM women who are ensuring the sustainability of our planet. 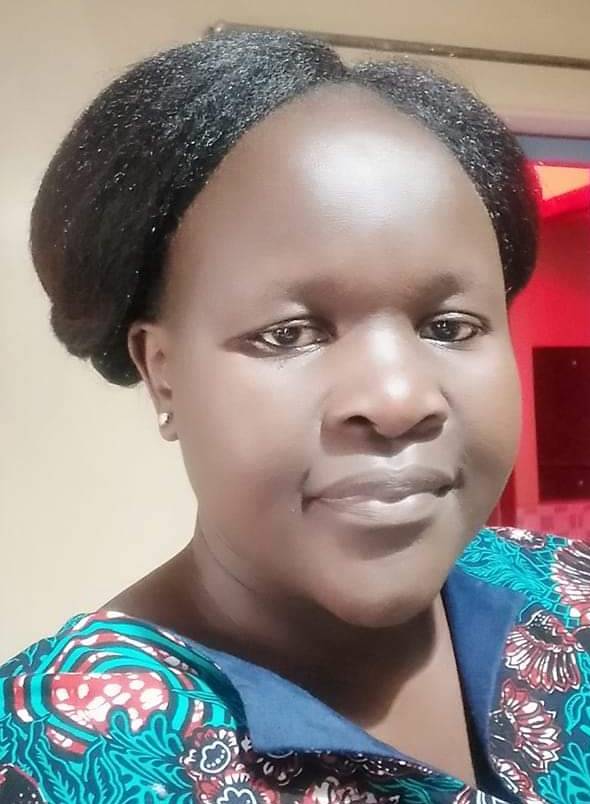 Her SES endorsed expedition project aims at undertaking biodiversity assessment in Olorgesailie, a prehistoric site with rich biodiversity and human culture. The undulating hills that engulf the area provide favourable habitat for migrating raptors in addition to other biodiversity. The findings from the project aid in strategic management of the ecosystem, which is also under threat from anthropogenic activities in addition to climate change impacts. Take a look at the National Museums of Kenya website and Phillista's social media pages (Instagram and Twitter) for more information.

Exploration Revealed (ISSN 2754-4303) is Scientific Exploration Society's (SES) digital publication – a hybrid magazine that aims to advance knowledge about, and provide peer-to-peer support for, scientific and adventure-led expeditions. It has been created with a view to learning through support, shared experiences, and the passing on of knowledge.

PUBLICATION ARCHIVE
All issues of Exploration Revealed, published to date, can be found on our publishing platform ISSUU.

CALL FOR ARTICLES
Our editors are happy to receive articles throughout the year and operate review and editorial decisions on a rolling basis.

TWO article types:
• magazine articles ranging between 300-800 words, according to the maximum limit specified per section
• peer-reviewed academic articles a maximum of 1,500 words

All articles submitted using our online submission form must comply with the Exploration Revealed’s Author's Style Guide, which includes research and publication ethics. If you’d like to contact the editorial team (volunteers), please This email address is being protected from spambots. You need JavaScript enabled to view it. to email us.

JOIN THE EDITORIAL TEAM
Exploration Revealed is experimental and has long-term ambitions for innovative digital growth. We plan to invite a guest editor for each issue and seek a volunteer editorial team.

If you are interested in one or more of the above positions, please This email address is being protected from spambots. You need JavaScript enabled to view it. to submit your maximum 2-page CV with a maximum 250-word cover statement about your experience and passion for each of the roles you are interested in. If interested in more than one role, please indicate the order of preference in your cover statement. Applications will be assessed until suitable candidates have been appointed, so we encourage interested candidates to apply as early as possible.

Benefits
Editorial team volunteers, on publication of the second issue they are involved in, will receive one year's complimentary SES membership. The Society reserves the right to review rewards and benefits to the editorial team.

This email address is being protected from spambots. You need JavaScript enabled to view it.

We welcome expressions of interest in joining our panel from a wide variety of disciplines. Our peer review panel is appointed to:
• Assure the SES board the content is robust
• Assure those submitting articles that it is of appropriate calibre and provide a steer on how to communicate to SES membership and friends.

Commitment
We anticipate requesting named peer reviewers review 1-3 1,500 word articles a year. Named peer reviewers can delegate article review to a suitable researcher known to them who then would be eligible to join the peer review panel. They will be held accountable for the timely turnaround of that review.

Submitted academic articles will be screened and plagiarism checked with i-authenticate prior to assignment to our peer reviewers.

COPYRIGHT
Exploration Revealed is a publication of SES and is licensed under a Creative Commons Attribution-NoDerivatives 4.0 International License.

This means you can copy and redistribute the material in any medium or format, but you must credit the original source. You are permitted to use the material for commercial purposes. Please see the license for more details.

Copyright in the typographical design and layout of the printed publication vests in the publisher, SES.

Reproduction of SES and the Exploration Revealed logos are only permitted with express permission – please This email address is being protected from spambots. You need JavaScript enabled to view it. to request usage details. 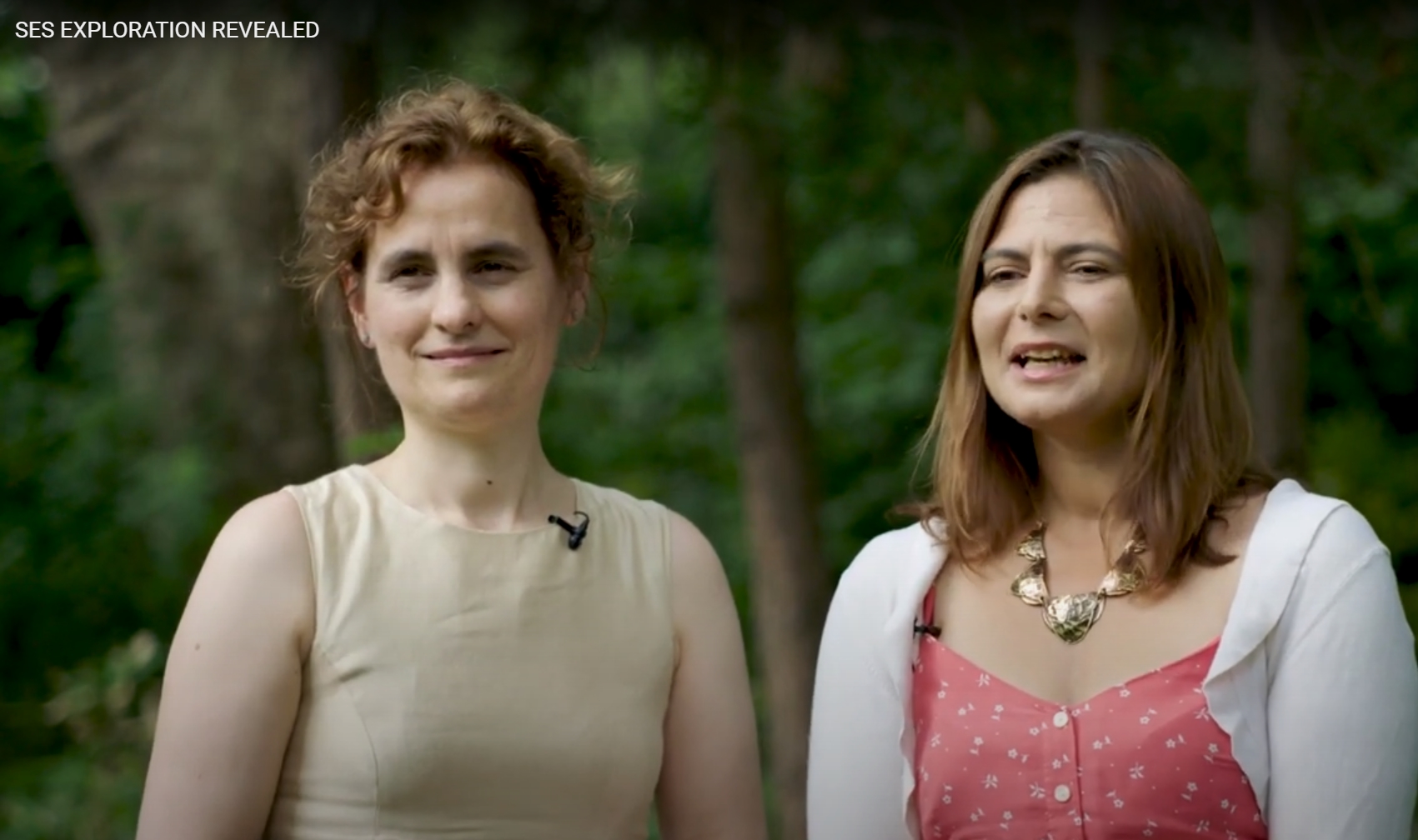 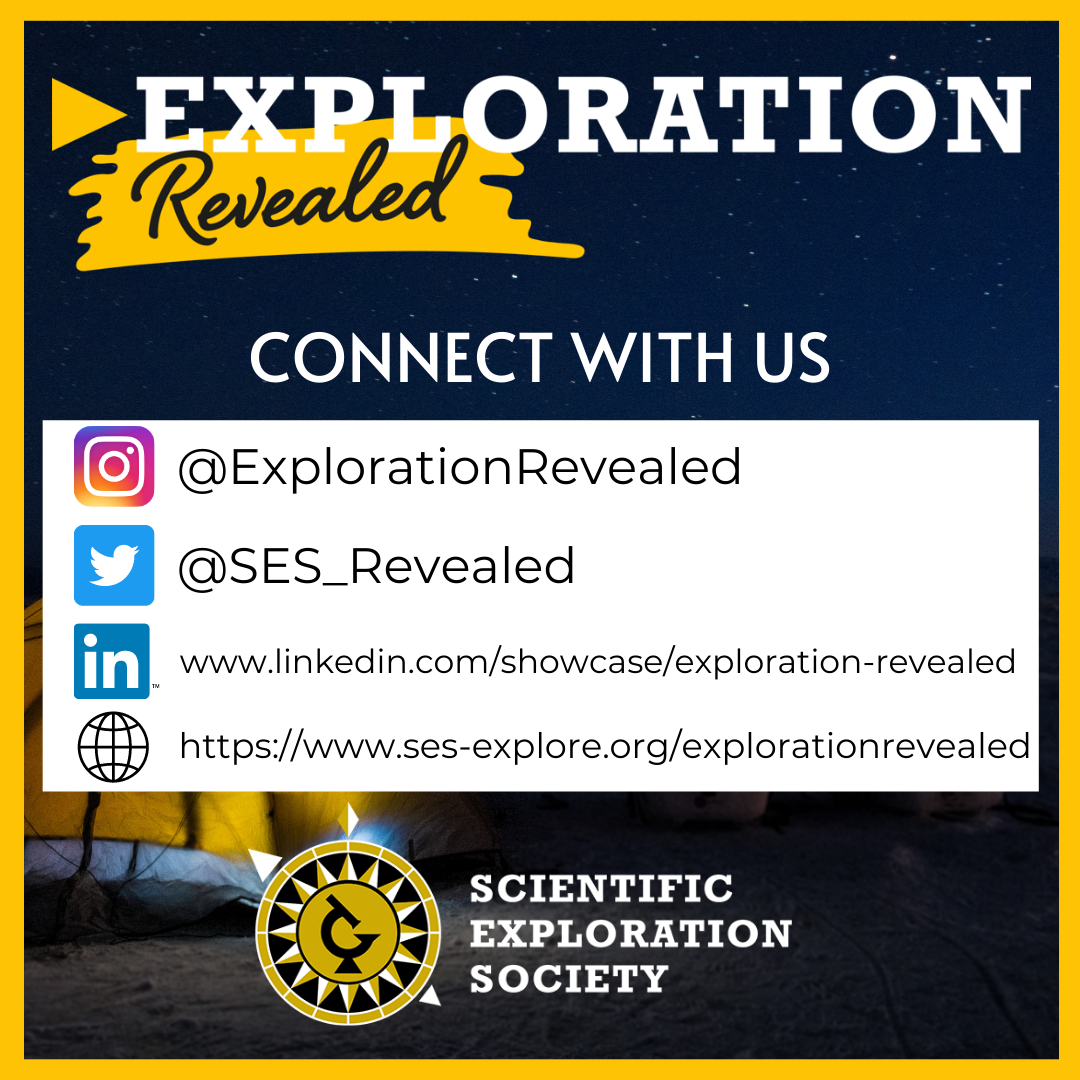 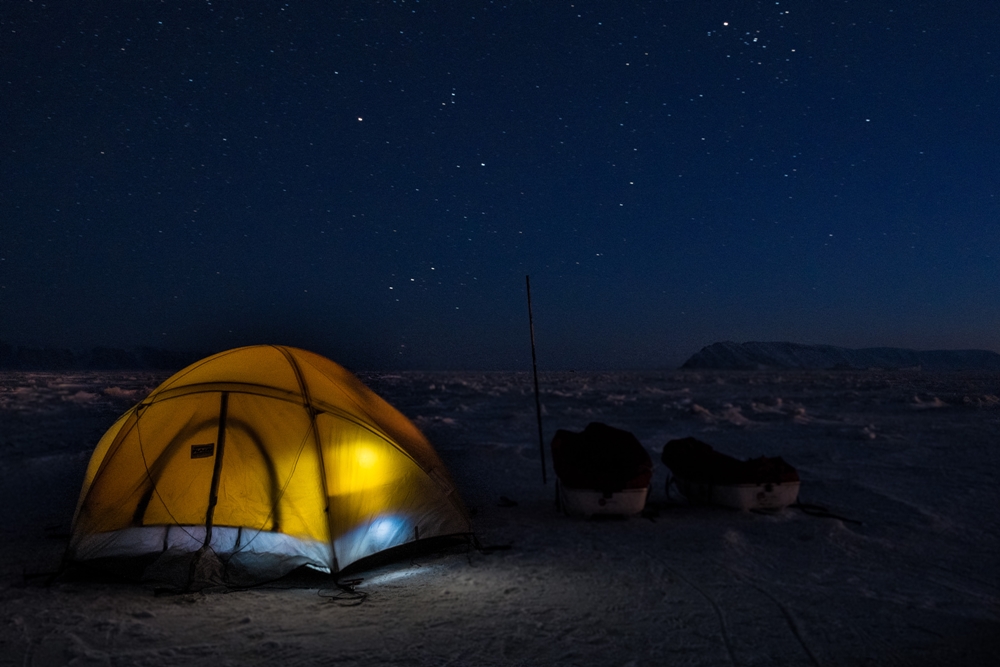 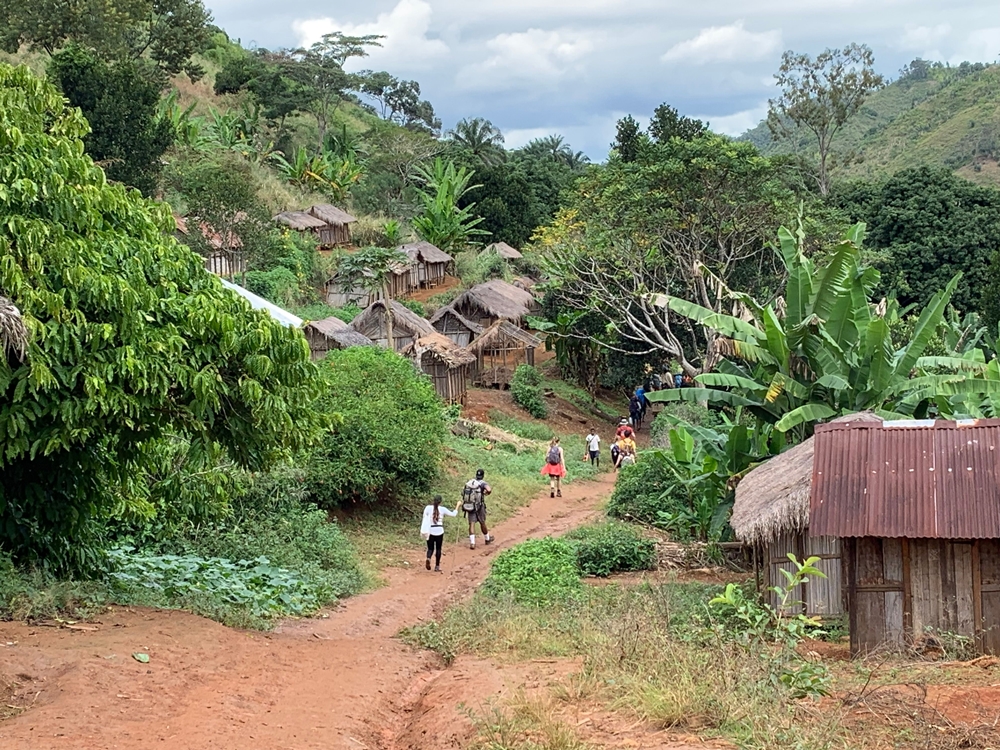 In 1968, David Bathgate (John’s father) was on a climbing expedition in the Peruvian Andes. On this expedition, he had the idea to travel the length of the Amazon from its highest source. He didn't get the chance to undertake this challenge but in his 80th year, he passed the idea on to his son. John’s goal is to navigate the Amazon River with his team, from its highest source, a volcano in Ecuador called Chimborazo (20,548t). They will climb to the glacier top of Chimborazo (the highest point on earth from its centre) and from there, find the source of the Rio Chimborazo and follow the subsequent tributaries into The Amazon and to the Atlantic Ocean. This journey of 5,128km will begin on foot for around 200km through the Andes and the remainder of the journey will be completed in canoes and eventually a raft as they pass through the vast Amazon Basin. The Amazon expels more fresh water into the oceans than the next 7 largest rivers combined. So, the highest place on the planet is also the source of the greatest river in the world. The Summit to Sea route has never been attempted before.

The team’s aim is to report on land uses in the target area, concentrating on the reasons for deforestation (agriculture/mining/timber). Whilst passing through the changing environments they will be conducting ecology surveys and taking water samples in order to understand biodiversity and pollution levels in areas that have or have not been affected by industry. They hope to prove, through scientific research, that rising pollution levels and habitat decline due to industrial processes are linked to the biodiversity decline in wildlife. They also expect to document the social upheaval and cultural decline in native populations as a result of land conflict. 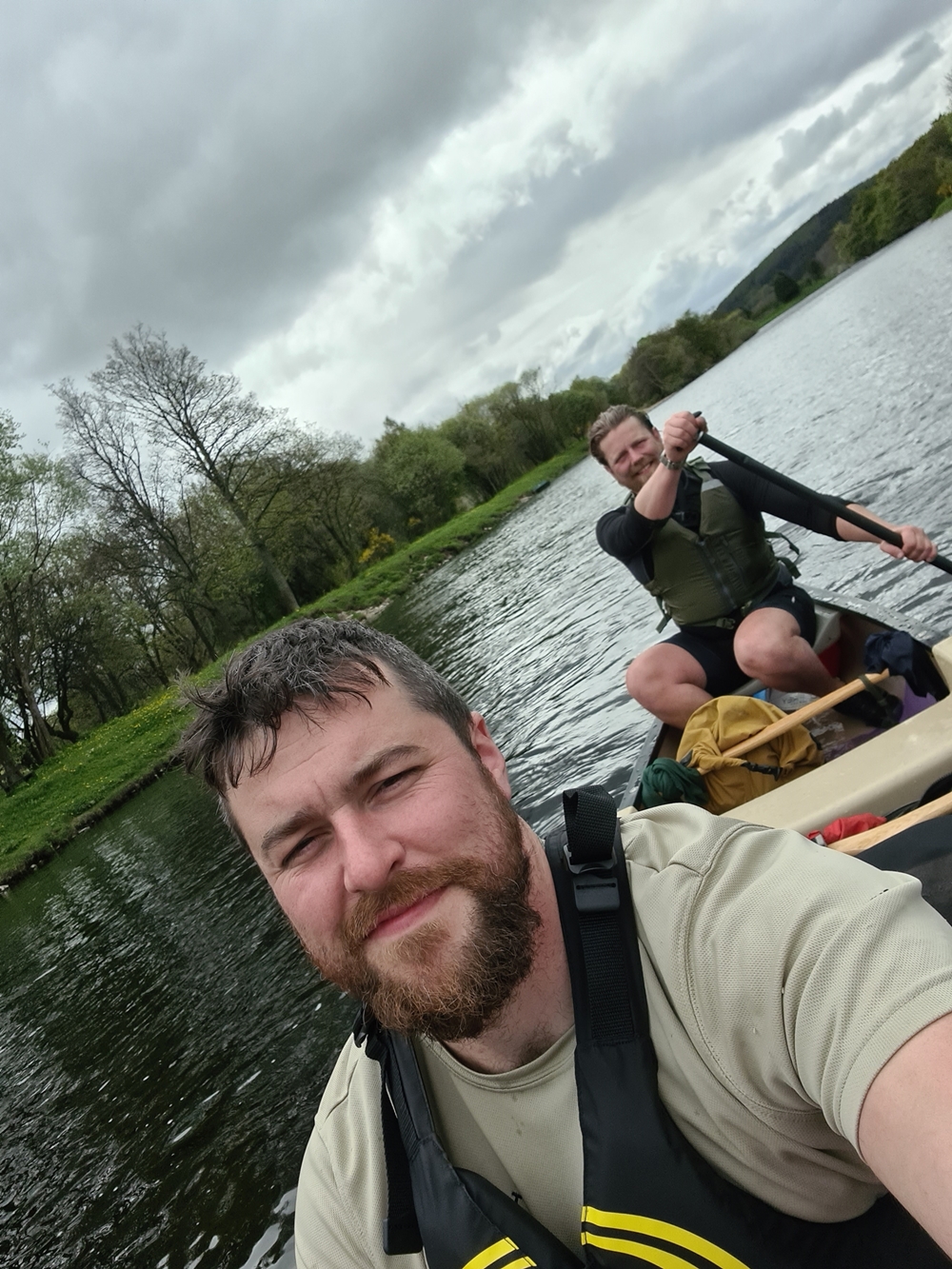 (Photo: John Bathgate and teammate Ian on their practise expedition)

Furthermore, they aim to make connections with native populations and become familiar with the surrounding habitats so that they can understand how to cope in these challenging environments. They will also investigate mental health within the team as they grow from shared hardship, firmly believing that a life outdoors, appreciating nature, taking risks, and overcoming challenges help to enact positive mental change. They plan to document this and show it to a wider audience in the hope to inspire others to make positive changes in their lives.

John is the Expedition Leader and in 2013 joined the Royal Marines. During his career, he learned skills leading sections in many training environments including maritime, urban, cold weather, and jungle environments. He specialised as a Landing Craft Coxswain (amphibious role) deploying globally, where he was tasked with leading small boat groups on patrols, boarding operations, and landings. During this time, for 3 years he studied Ecology with SRUC online. Throughout his career, John has been climbing and paddling in Scotland, and around the world. He’s aware that successfully leading a team down the Amazon will be his biggest challenge to date. 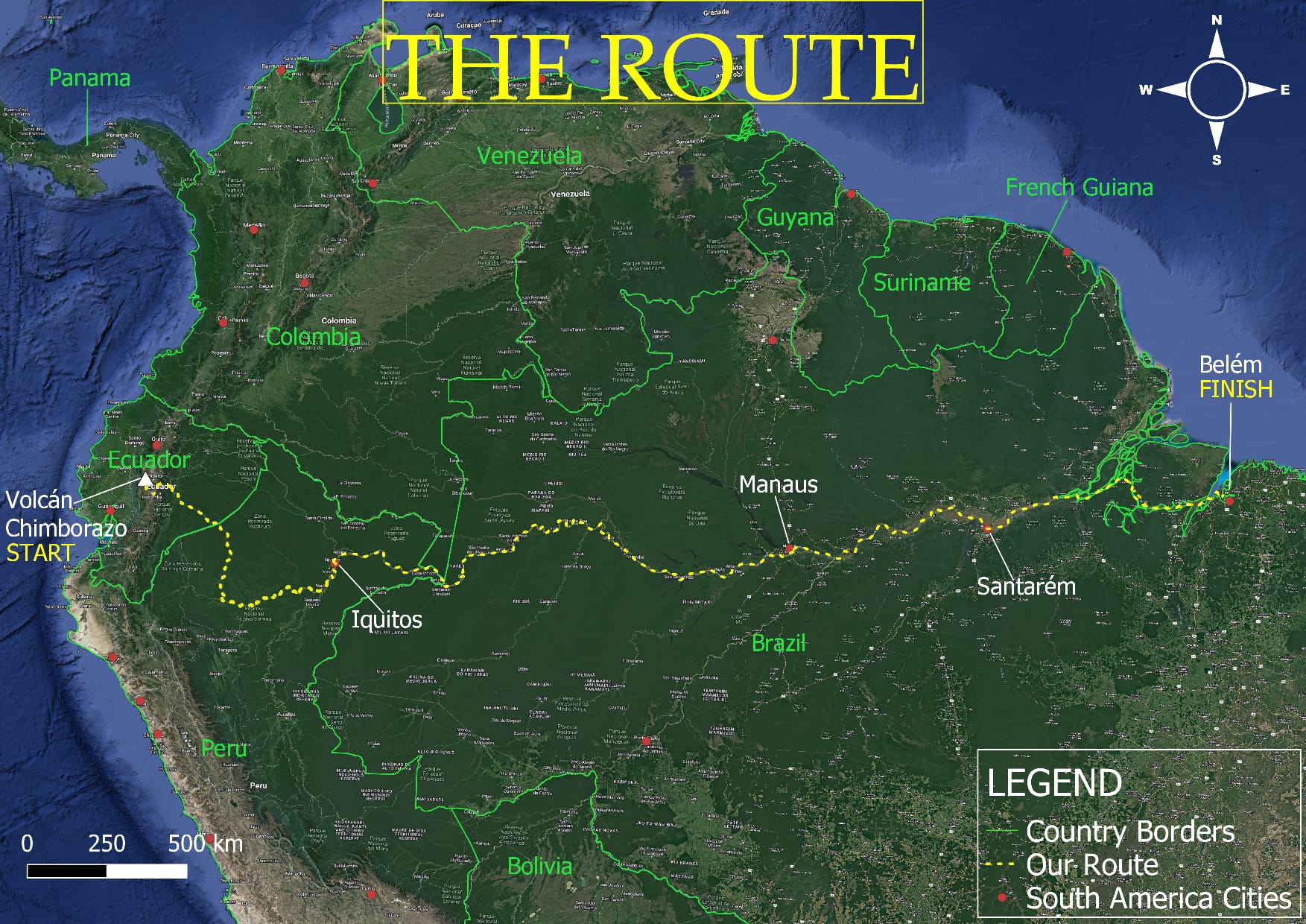 John is looking for team members...

MEDIC - A qualified medic with paddling experience and good personal administration skills. They will also be expected to conduct scientific work during the trip (within their professional field).

CAMERA PERSON - Must be on stages 1 & 2, and be an experienced paddler and photographer.

If you are interested in joining this expedition, please contact John at This email address is being protected from spambots. You need JavaScript enabled to view it..

If you are interested in sponsoring this expedition, please contact John at This email address is being protected from spambots. You need JavaScript enabled to view it..

You can find out more about this expedition by visiting www.summittosea.org.uk.